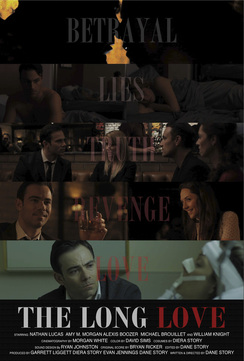 A cautionary tale about the destructive nature of lies; the ones we tell others, and especially the ones we tell ourselves. When Jack is betrayed by his best friend and his lover, fueled by lust for revenge, he seeks a non-existent greater truth, looses sight of what's most important, hardest to find, yet suddenly right in front of him: Love. 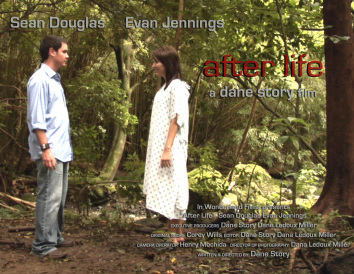 Sean, a young musician with a lust for life, falls in love with Evan, the girl at the coffee shop.  After frequenting the coffee shop for months, he musters up the courage to ask her out. A tragic accident in their future brings him to an impossible choice: be with her and she will die, or let her go to save her life.

Rebecca Carroll has always had dreams that come true.  Now, as a teenage girl forced to deal with the trauma of her parents’ divorce, her dreams turn into nightmares—sending Rebecca spiraling down the rabbit hole.

Rebecca closes herself off from the world—hiding her emotions and thoughts in her artwork. And to further remove herself from the pains of her real life, Rebecca denounces her given name and insists that she be called Alice.

Clearly a troubled girl, her parents force her into therapy with a well-known child psychiatrist, Dr. Holloway.  Slowly, Dr. Holloway gains Rebecca’s trust and helps her face her demons.

Rebecca has a deep hatred for her parents.  She believes her father is a philander and her mother is a neglectful alcoholic—causing the failure of their family.  This view of her parents becomes the focus of a recurring nightmare where Rebecca witnesses her father’s infidelity and watches her mother’s indifference to life lead to a fatal accident.  One morning, she awakens realizing the dream is about to become a reality—can she stop it in time?